4:42 p.m. There's been an accident in Unicorn Stakes. Pink Kamehameha has bolted to the inside crashing into the fence and rider Hiroshi Kitamura has been thrown off the course, landing on his left shoulder. Hope Kitamura and the horse is all right.

Hiroshi Kitamura hasn't had much luck lately, he's been riding on and off partly because of injuries and his backache. He once had a chance to get himself into a good cycle when he was riding Kitasan Black, but then he fell again injured, and was replaced by Yutaka after winning Kikka-sho, with Yokoyama Sr. in between. Kitamura has been in a bad cycle since then.

I'd waved goodbye to Ca Va at an early stage of my pondering, so he went unmarked although I had Smasher on my wheel. I guess this is what happens when you ignore someone waving at you. I called right about Keiai Lovage and Luce d'Oro however, can't let Keiai Lovage's terrible start pass without a remak or two.

Murmurs From the Past

I've created a new page on earthquake information. It may not be enough but am doing my best on updates.

The Outlines of Japan

What kind of country is Japan?

What kind of seasons are there in Japan?

What kind of food do the Japanese eat?

The Nature of Japan

Are there rich nature in Japan?

What kind of transportaion service are there in Japan? ( Part 1 )

What kind of transportaion service are there in Japan? ( Part 2 )

Information on language of Japan ( Japanese ).

A guide to Japanese dishes.

What kind of accommodations are there in Japan?

Other Places to Stay for the Night

Are there any places to stay overnight besides hotels and accommodations?

Are there anything to obtain to drive a car in Japan?

Are there anything to be careful about when eating outside?

In Case of Emergencies

What should I do when I've lost something, or when I got sick during my trip to Japan? 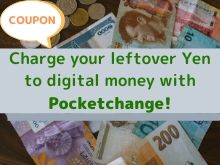 Pocketchange - How to charge your left-over Yen to digital money

If you are ready to leave Japan but have your pocket heavy with leftover Japanese Yen, why not empty your pockets and feel light with Pocketchange?

Fed up with the heat? Here's a nice cold Japanse-style sweets to cheer you up! Cream Anmitsu is a delux version of Anmitsu, Kanten(Japanese gelatine) jelly and fruits with ice cream topping and Kuromitsu caramel sauce poured over it. And what's great, it's low calorie!

The Tokyo Institute of Technology in cooperation with Panasonic, has led the project 'Manned Flight by Oxyride Dry-cell Battery' into the world's first success. On July 16th this year (2006), they made success in a trial of manned flight using commercially available oxyride batteries, in a project that they had been bringing forward together.